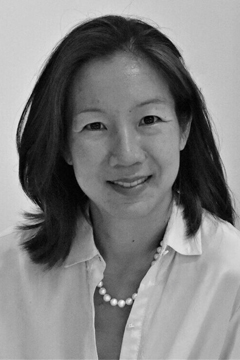 With almost 20 years of experience working in Hong Kong, New York and London, Chiann Bao practises exclusively as an arbitrator and mediator and is a member of Arbitration Chambers.

Chiann is listed on the panel of the major arbitration institutions and has served as tribunal chair, co-arbitrator and sole arbitrator in ad hoc and institutional arbitrations under the ICC, UNCITRAL, SIAC, HKIAC, KCAB, CIETAC, and SCIA rules. She also serves as emergency arbitrator. She is a fellow of the Chartered Institute of Arbitrators and a CEDR-accredited mediator.

Prior to becoming an independent arbitrator and mediator, Chiann worked in private practice where she focused on complex international arbitration and litigation, acting as counsel for corporates, state-owned enterprises and states in a range of disputes in various sectors. Chiann has served as counsel in cases arising from construction projects, intellectual property, licensing, shareholder agreements, joint venture agreements, real estate projects, financial services agreements and other contractual disputes. She advised clients on all aspects of the arbitral process under the major arbitral rules, including UNCITRAL, ICC, HKIAC, SIAC, and CIETAC.

Chiann currently serves as a vice president of the ICC Court of Arbitration and is the chair of the ICC Commission task force on arbitration and ADR. She is also a member of the ICC Belt and Road Initiative Commission.  From 2010 to 2016 she served as the secretary general of the Hong Kong International Arbitration Centre where she managed hundreds of arbitrations before tribunals in Asia. During her tenure, HKIAC was recognized as the most frequently used arbitral institution outside of Europe, most improved institution and ranked as the third best arbitral institution worldwide by the 2015 International Arbitration Survey, conducted by Queen Mary University of London.

Chiann frequently speaks and writes on the topic of international arbitration. She regularly lectures and has taught at the University of Hong Kong as an adjunct professor from 2014-2016. In 2019, Chiann was appointed an honorary senior fellow of the British Institute of International and Comparative Law.

Chiann is regularly listed on Chambers Asia Pacific and the Who's Who Legal. Who's Who Legal describes her as a "meticulous, smart, well-prepared and efficient arbitrator," as well as "very knowledgeable, diligent and a real diplomat."  Chambers Asia Pacific ranked her as one of the most highly regarded individuals in her category. She has been identified as a "leading light in the local arbitration community and "one of the superstars in Asian arbitration." Clients are quoted to refer to her as "an excellent lawyer" and that her tenure at the HKIAC was "marked by relentless focus on innovation and improvement." She is also noted as being "very personable, very flexible and commercially minded." Ms. Bao was named in Asian Legal Business' "40 under 40" list in 2016.

Chiann's CV can be downloaded here.